Dr. Fauci and Governor DeSantis get tangled up in the UCC-1 Trap

Recently, PolitiFact reported on a story involving Dr. Anthony Fauci and Governor Ron DeSantis, regarding the improper filing of a UCC-1 Financing Statement against those individuals. They were named in the financing statement as debtors in connection with a purported mining operation in which they allegedly were involved. Having been contacted by PolitiFact, as a UCC expert and the author of The Uniform Commercial Code Made Easy, I expressed my legal opinion on the matter, subsequently considering ways to stop these abuses.  After proper fact-checking by PolitiFact, it was determined that this UCC-1 filing in the Fauci DeSantis situation was fraudulent.

The matter involving Dr. Fauci and Governor DeSantis is an excellent example of the weaponization and abuse of the UCC-1 financing statement. The purported secured party, Paul Michael Walters, had no business relationship of any kind with Dr. Fauci or Governor DeSantis. Mr. Walters admitted to PolitiFact that he filed the financing statement in January 2022‘to protest public safety protocols during the COVID-19 pandemic’. This is a clear and blatant abuse of the legitimate business purposes of the financing statement as intended under the Uniform Commercial Code.

The effect of such a filing against Dr. Fauci or Governor DeSantis would be minimal to them, having the resources and lawyers to clean it up. But for small businesses, however, such a false filing can be devastating for it can severely impact the ability to borrow funds and continue to operate. Any person, for any reason, can file a financing statement upon filling out the document and paying the filing fee.

The filing of the UCC-1 serves two primary purposes. Number one, it puts all subsequent potential creditors on notice that the “debtor/s”, here allegedly Dr. Fauci and Governor DeSantis, have given someone a security interest in whatever the collateral is. A UCC-1 filing creates a lien on the property involved. This lien can be enforced by a creditor upon default by the borrower.

The second purpose of a UCC-1 Financing Statement is to provide the highest level of protection ‘perfection to a secured lender/party to a commercial transaction. Regardless of the bogus status of the UCC-1, it exists in the public record and most lenders will not lend to a party named as a debtor if a statement shows apparent priority over their potential new filing.

The Uniform Commercial Code has a number of provisions that can be used to deal with a situation such as this. The most directly on point is contained in Section 9-518 which allows for a ‘correction statement’ to be filed. However, filing such a correction statement ‘does not affect the effectiveness of an initial financing statement… as noted in Section 9-518. Further action may have to be taken to clean it up.

The drafters of Article 9 concede, in Comment 1 to Section 9-518, that there is no adequate remedy to deal with this type of situation under the Uniform Commercial Code:

I have two suggestions. First is legislation that imposes a very significant financial penalty on anyone filing a bogus claim such as in the case under discussion. Mr. Walters, the bogus secured lender in the DeSantis/Fauci matter, paid $40.00 to file the UCC-1. No downside in the mind of the fraudulent filing party UCC-1.

In addition to acting as a strong deterrence, should someone make such a filing, the wronged party now has the power to initiate criminal proceedings against the fraudster. A very effective counterpunch. Additional remedies are also available under the Code, but the potential of immediate criminal charges would work wonders by comparison.

The Uniform Commercial Code is the most pervasive and powerful commercial statute in the history of the United States. Law in all fifty states, the UCC governs billions of commercial transactions occurring in the United States every working day. It impacts all Americans, all day, every day.

The situation discussed in this post is one of thousands that can affect the business person or consumer every day. Whether buying, leasing, or financing any personal property, writing a check, or moving or storing goods, there are rights and responsibilities

I believe that it is imperative for everyone to have a good understanding of their basic rights under the Uniform Commercial Code. This is true for everyone engaging in basic commercial transactions in the marketplace, in addition to businesses. Everyday folks like you and me. Knowing your rights is powerful.

It was primarily for this reason that I wrote the Uniform Commercial Code Made Easy. I wrote the book in the form of a short story/novel so that this massive body of law could be understood by everyone who engages in commercial transactions, to understand what their rights are, and how to enforce (and protect) those rights, when necessary.

The book has received national and world recognized endorsements and is a long-time Best Seller on the Amazon Best Seller’s list. In addition to two decades as a law professor teaching the Uniform Commercial Code, LeVine spent a decade speaking to State Bar Associations throughout the United States as a featured CLE presenter, teaching the Uniform Commercial Code in one day. ‘ 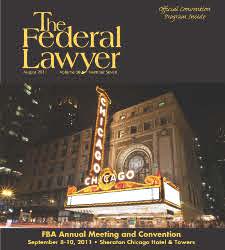